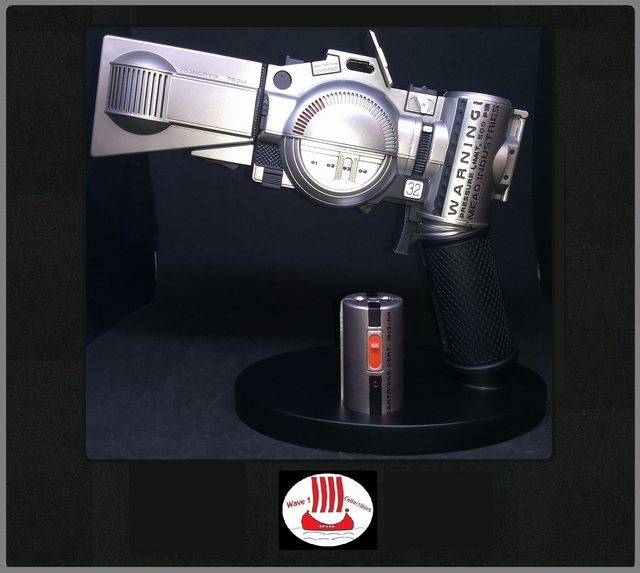 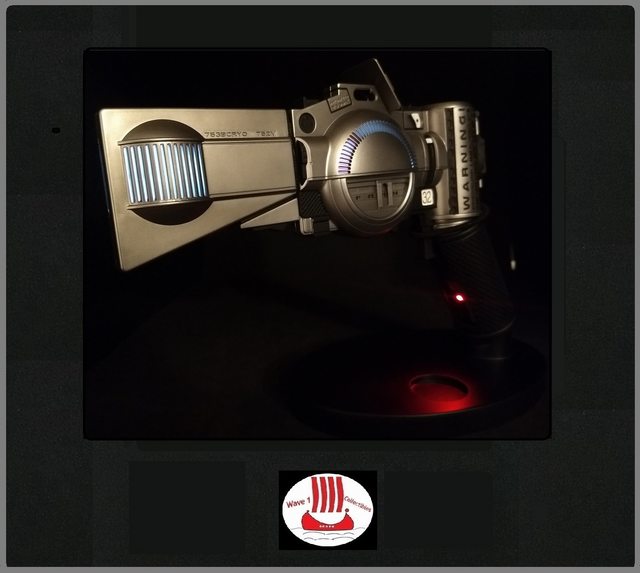 This has a crazy story behind it. It was originally solicited in late 2017 by Chronicle Collectibles. The company itself went bankrupt and these blasters were hung up in distribution for years. A replica based on Syd Mead's weapon designs for Blade Runner, this Blaster features a removable battery pack, the ability to fold in half, a working trigger, full light-up features, & display base.
Reported is having a production limit of only 300 pieces these will be absorbed into collections very quickly as they have trickled out to the market after years of delays by Chronicle.